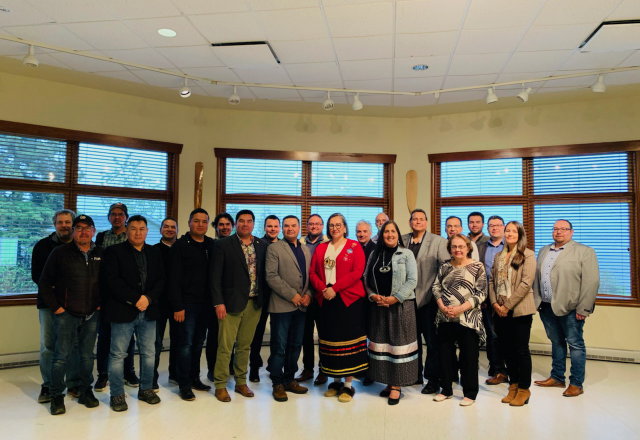 The objective of the meeting was to present the progress of the various committees since the last leadership meeting held before the pandemic. It was agreed to continue with the efforts to implement the mandates of the various committees including a memorandum of understanding on economic development, an agreement on traditional and wildlife activities and the proposal of a new forestry regime with the Government of Quebec in the Shashtuaussi/Peschitaskau common area. Moreover, the elected representatives highlighted the importance of informing their respective populations on the progress of the files and to ensure the continued involvement of the land users and families concerned by the common area. The leadership also agreed to maintain political relations with the Nations implicated by the agreement, as well as with governments. 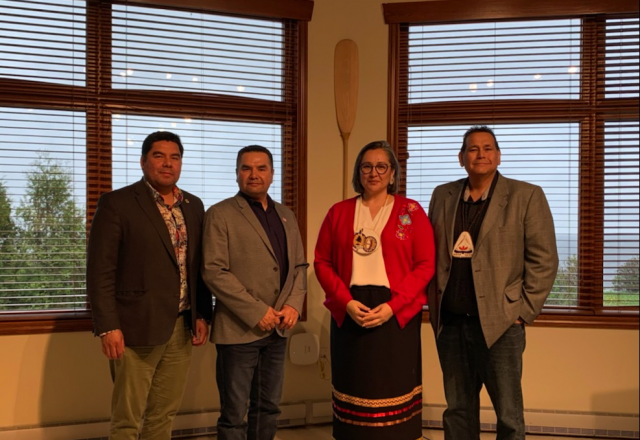 The Chief of the Pekuakamiulnuatsh, Gilbert Dominique, is satisfied with the progress of this political meeting: “This meeting with our Cree brothers and sisters was positive and proves that the links between our Nations are strong. Other meetings will be organized in the coming months.”

The Grand Chief of the Cree Nation/Eeyou Istchee, Mandy Gull-Masty, also expressed her appreciation of the positive exchange held during this meeting: “The efforts and contributions that have led to this historic accomplishment between our nations must be pursued and supported continuously. We will continue to be engaged and committed in moving forward and ensuring the success of the agreement’s implementation.”

The Mamu Uitsheuten / Maamuu Wiicheutuwin Agreement provides in particular that each Nation recognizes the sovereignty of the other over its territory. This mutual affirmation is accompanied by a recognition of the Aboriginal title of the Pekuakamiulnuatsh over Nitassinan, but also by a recognition of the ancestral rights of Cree families in an area shared with the Pekuakamiulnuatsh known as Peschitaskau/Shashtuaussi located in Nitassinan. The Agreement also contains shared commitments on economic development and employment, forestry and traditional activities.

It should also be noted that during this meeting, the Deputy Grand Chief of the Cree Nation of Eeyou Istchee, Norman Wapachee, the Chief of Oujé-Bougoumou, Curtis Bosum, the Chief of Mistissini, Thomas Neeposh (via Zoom), elected officials of Pekuakamiulnuatsh, Oujé-Bougoumou and Mistissini as well as representatives of the various committees were present.

About the Cree Nation of Eeyou Istchee

The Cree Nation of Eeyou Istchee comprises eleven Cree communities located primarily in northern Quebec and includes the lands on the eastern shore of James Bay and south-eastern Hudson Bay. More than 18,000 people occupy the Eeyou Istchee territory covering over 300 traditional family hunting, fishing and trapping territories and totaling an area of over 400, 000 square kilometers. [https://www.cngov.ca ]