On Wednesday, August 7, 2019 during the Annual General Assembly, delegates from across the Cree Nation gathered together to honor NDP MP and former Deputy Grand Chief Romeo Saganash. The banquet was held to recognize the invaluable contribution that Romeo Saganash has made to the Cree Nation, and to Indigenous rights throughout Canada and the world.

Romeo Saganash, born October 28, 1961 is the 13th of 14 children born to Mary and William Saganash. Collectively, Romeo has a career that spans nearly 40 years of promoting and fighting for the rights of Indigenous peoples. He is the first Indigenous person of Quebec to be a member of parliament representing the region of Ungava for the New Democratic Party. It is also believed that he is the first Indigenous person to run for the leadership of a major political party. Romeo has spent most of his working career representing the Cree people and Indigenous rights on both national and international forums.

As a leader in Eeyou Istchee, Romeo has had a diverse and longstanding contribution to the Cree Nation. In 1985, at the age of 23,  Romeo founded the Cree Nation Youth Council – an organization that continues to grow in its support of youth throughout Eeyou Istchee. In 1989 after completing his studies at the Université du Québec à Montréal he became the first Cree from Eeyou Istchee to receive a law degree. It was because of his capacity to help his people that he was elected as Deputy Grand Chief, a position that was held for three years between 1990 to 1993. During this time Romeo Saganash fought for his people amidst continued hydroelectric development being contested for its impact on traditional Cree territory.

Romeo Saganash also served as the Director of Cree-Quebec Relations for over 10 years continuing to play an important role in environmental advisory and development. During this time he was one of the negotiators that led to the signing of the Paix des Braves; a Nation-to-Nation Agreement that is instrumental in ensuring Cree participation in the management and benefit of development in mining, forestry and hydroelectricity.

United Nations Declaration on the Rights of Indigenous Peoples 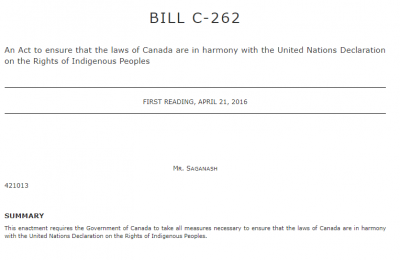 As a the Director of Cree-Quebec Relations and later as the Member of Parliament for Ungava, Romeo worked actively to help negotiate the United Nations Declaration on the Rights of Indigenous Peoples (UNDRIP). This important Declaration aims to provide a framework through which governments can work more effectively with Indigenous people while also clearly defining the right of Indigenous people to self-governance, language, culture and developing towards their own aspirations and needs.

In 2015, while serving as a Member of Parliament for Ungava Romeo introduced a private members bill C-641; an enactment requiring the Government of Canada to take all measures necessary to ensure that the laws of Canada are in harmony with the United Nations Declaration on the Rights of Indigenous Peoples. Despite this Private Bill not passing, Romeo again in 2016 introduced a Private Members bill through C-262 that attempted to ensure the Government of Canada took all measures necessary to work in harmony with UNDRIP. The bill was passed through the House of Commons in 2018 but was later blocked by conservative senators. Despite these challenges Romeo has remained a steadfast advocate for the UNDRIP and its role show “A remarkable commitment”, declared Grand Chief Dr. Abel Bosum.

“When [C-262 becomes law], all aboriginal peoples in Canada will owe Romeo a debt of gratitude. And we, of course, could not be more proud of him”- Dr. Abel Bosum

Statement from the Grand Chief

If you want to read the Grand Chief’s full speech from the Banquet you can access it through Resources section of our website along with other official statements from the Grand Chief.